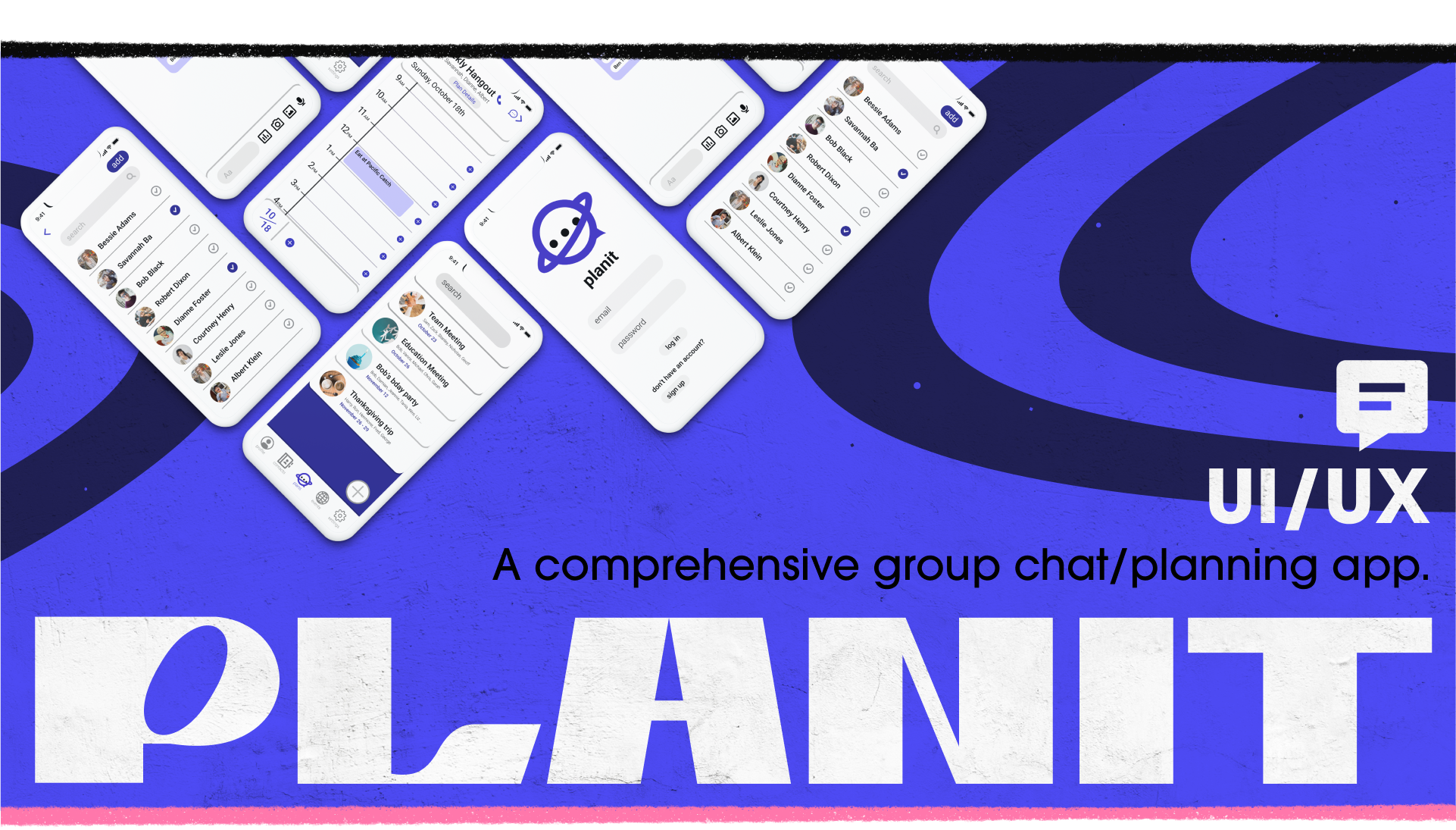 For my Fall UI/UX class, we were given a single project for us to work on, which was developing an app from the ideation phase to final prototyping, for any topic we wanted.

My idea was to create something designed to help young professionals and college students plan hangouts and other social events with their friends. 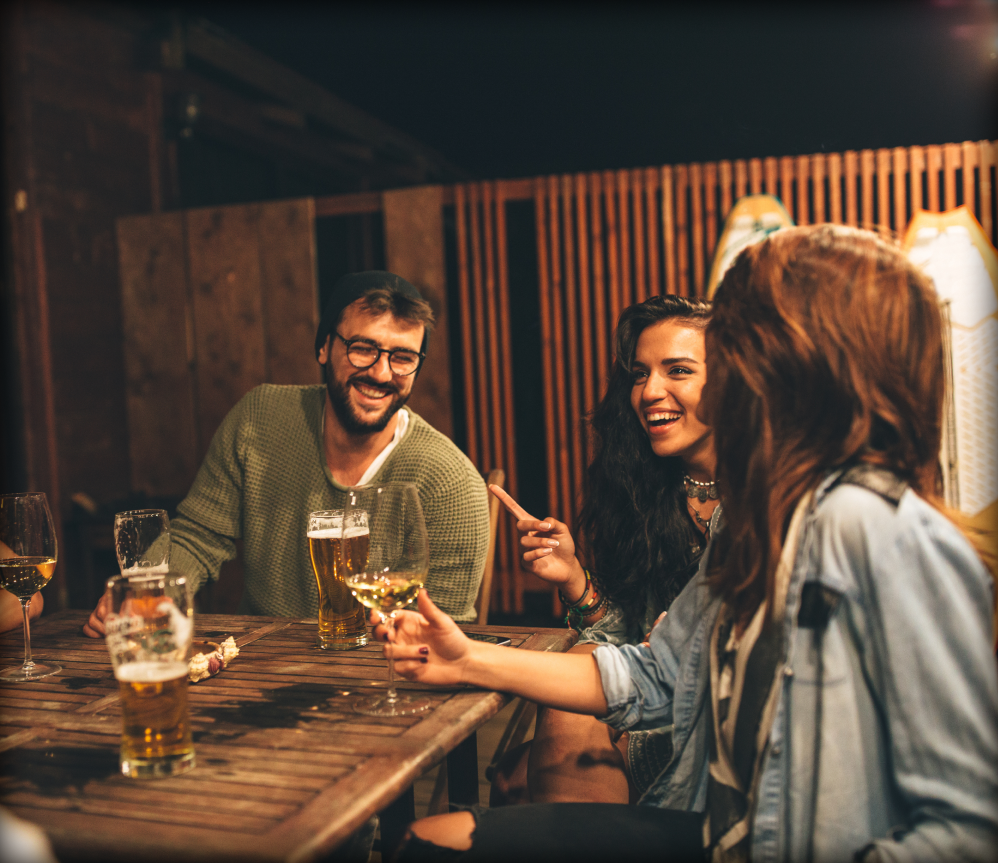 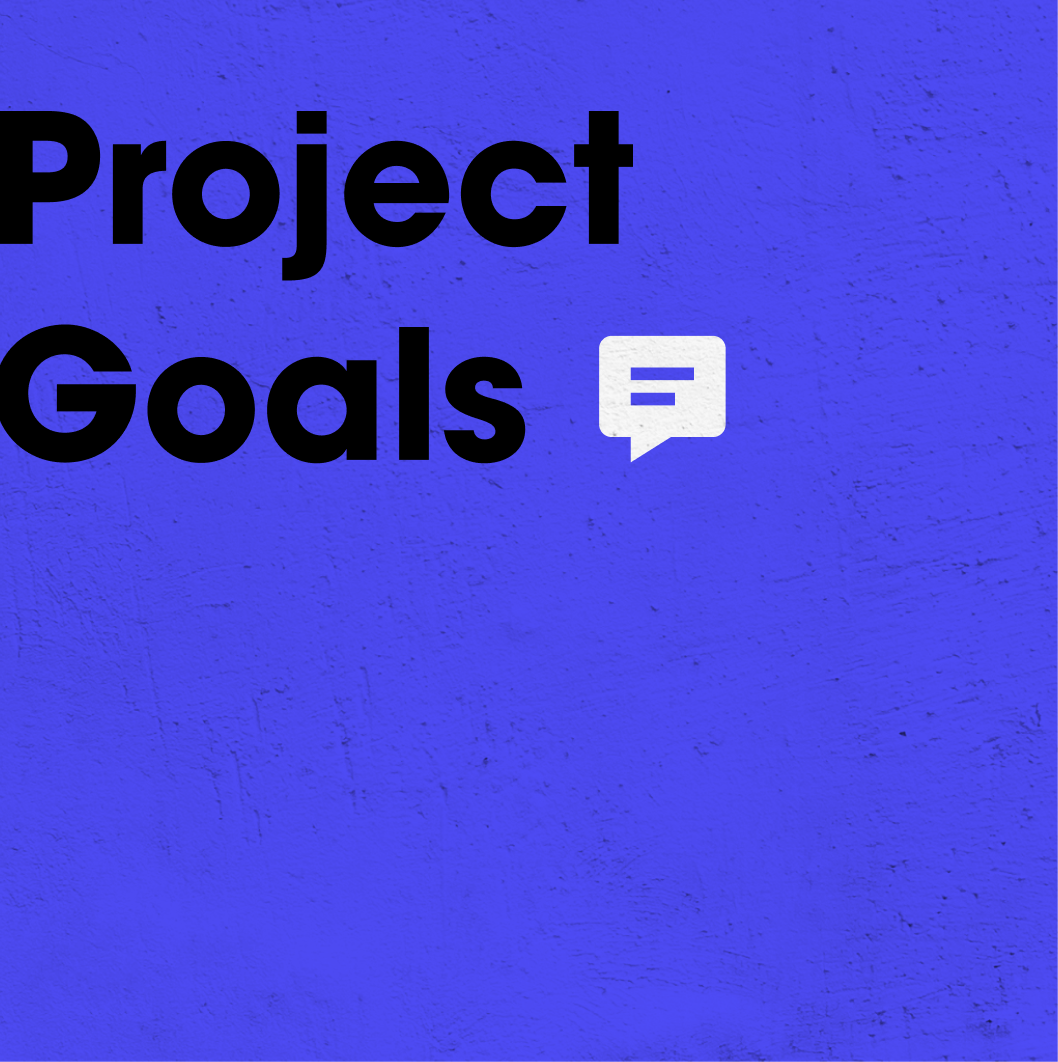 Planning things, events, and hangouts with a large group of people can take a lot of time, effort, and too much back and forth.

In today’s busy climate, young professionals and college students simply can’t afford to waste that much time, and need something to make the planning process easier and more time-efficient.

To find out more about the issue, I conducted some user interviews and gathered their thoughts and experiences with planning.

My target audience is the young professional and college student. I conducted inteviews with four of them and found that they had a lot of similar frustrations with the process of planning.

My findings showed us that while each of these 3 apps had features that help users in their planning, each of them were missing key ones that the other had.

For example, FB Events has a dedicated calendar and event page feature, but no integrated group chat and polls, while WhatsApp has a great group chat but it has no event page and polls. 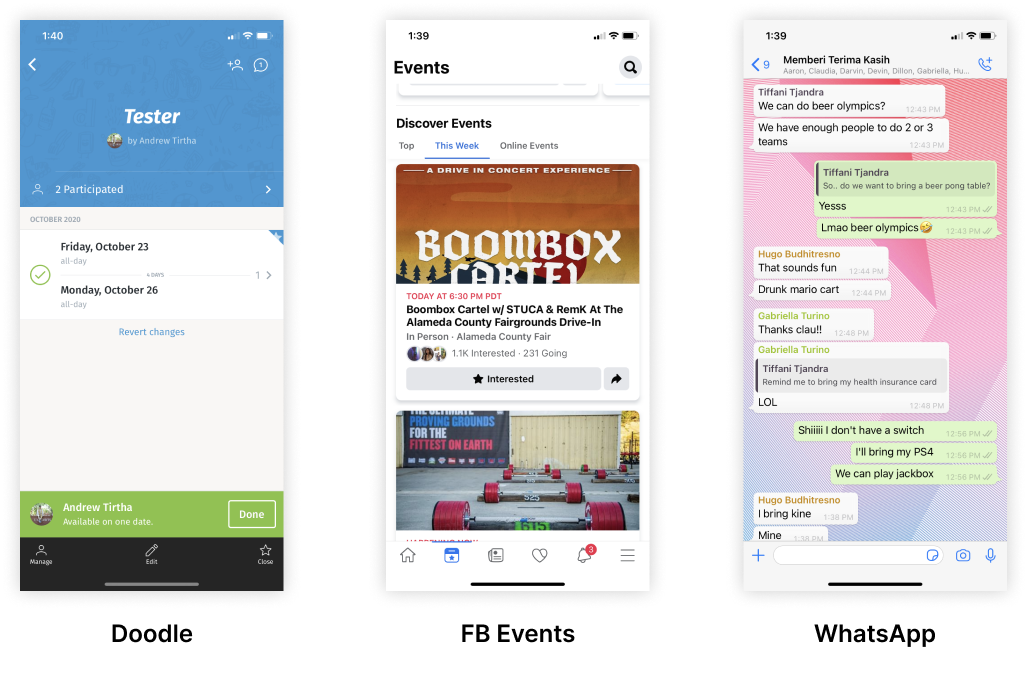 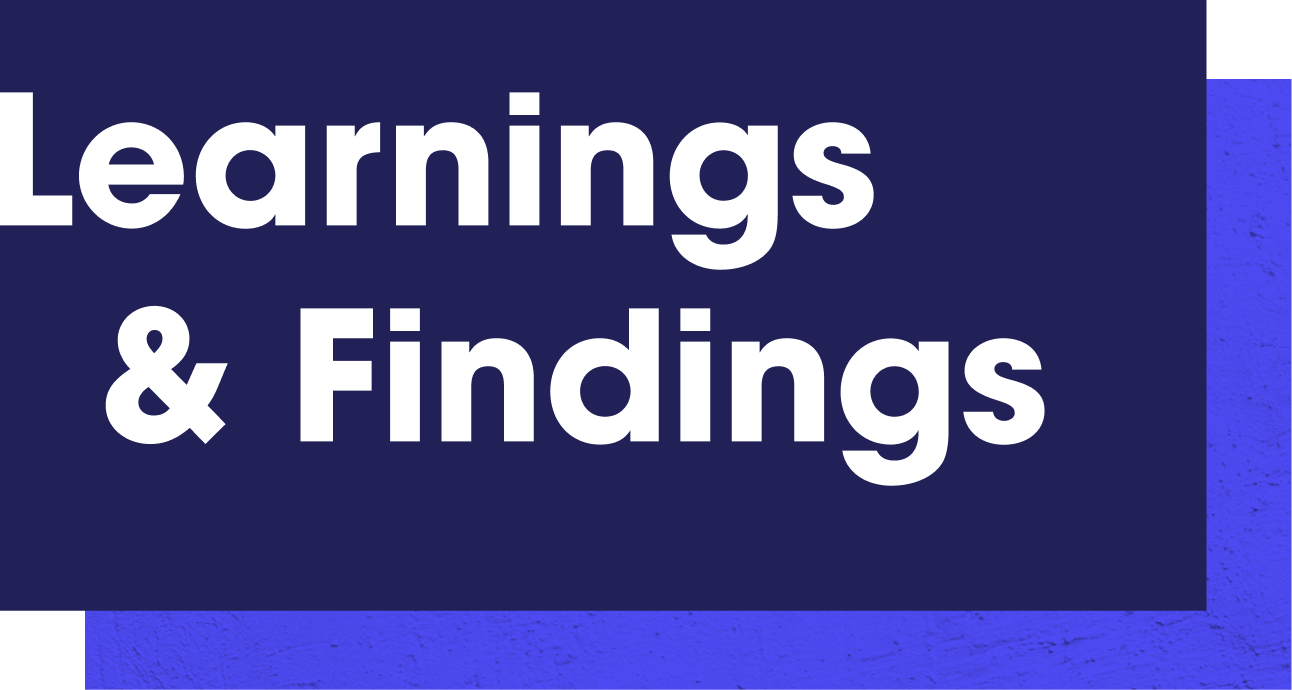 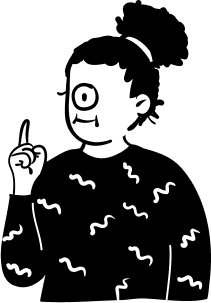 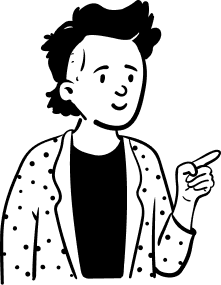 My original assumptions were that my target audience would have some complaints about the apps they used to plan things with their friends as well as the planning process.

While some of my interviews confirmed my assumptions, some did not. Some answered that they found it not to be a problem.

Rather, they mentioned that they had problems planning with the people in their workplace, as well as with acquaintances that they were not close with.

This insight made me realize that my app could not just be for people who had problems planning with their friend groups,

but also for people who need to plan with a group that does not have established places/activities and days/nights to go out on. 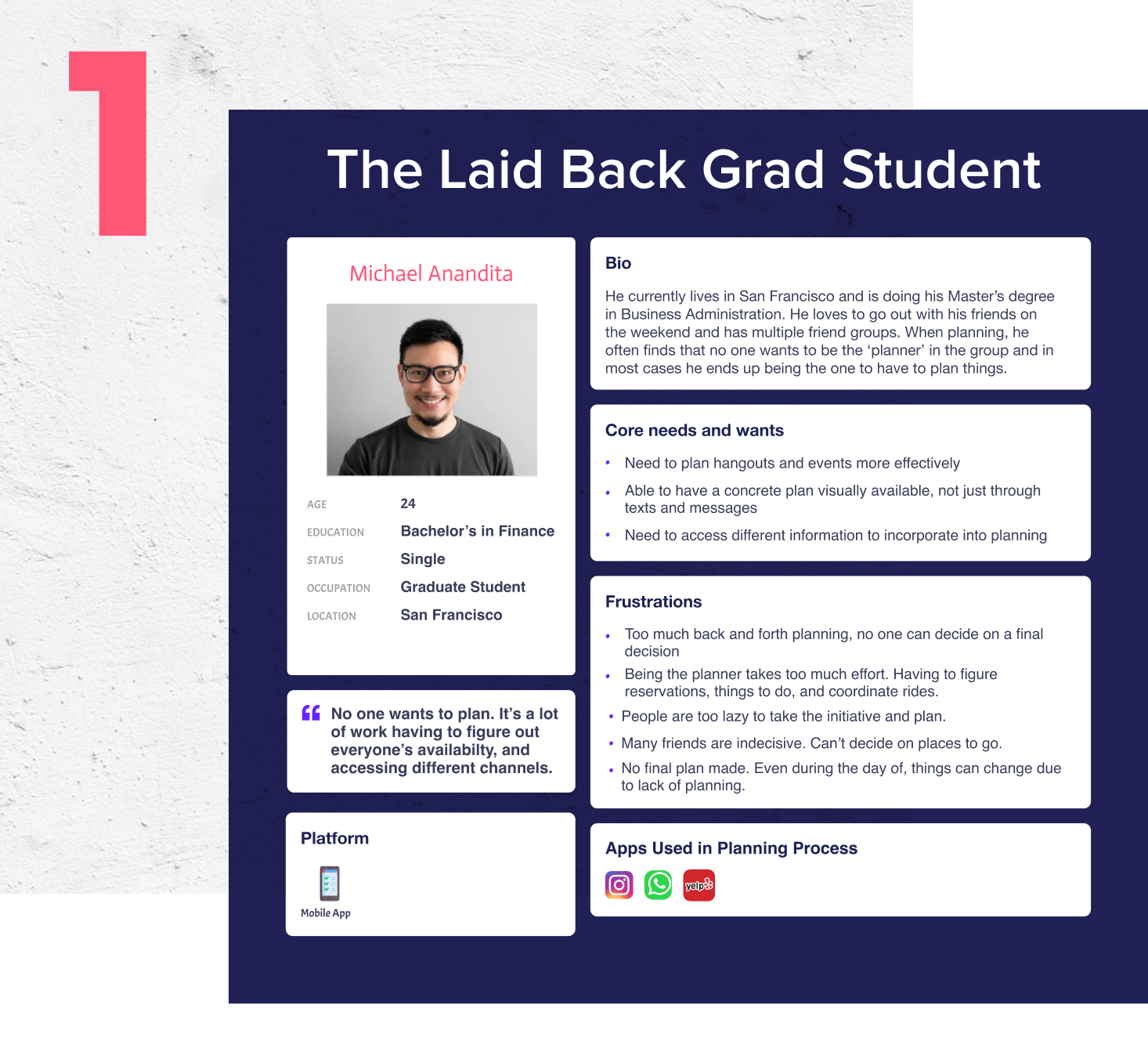 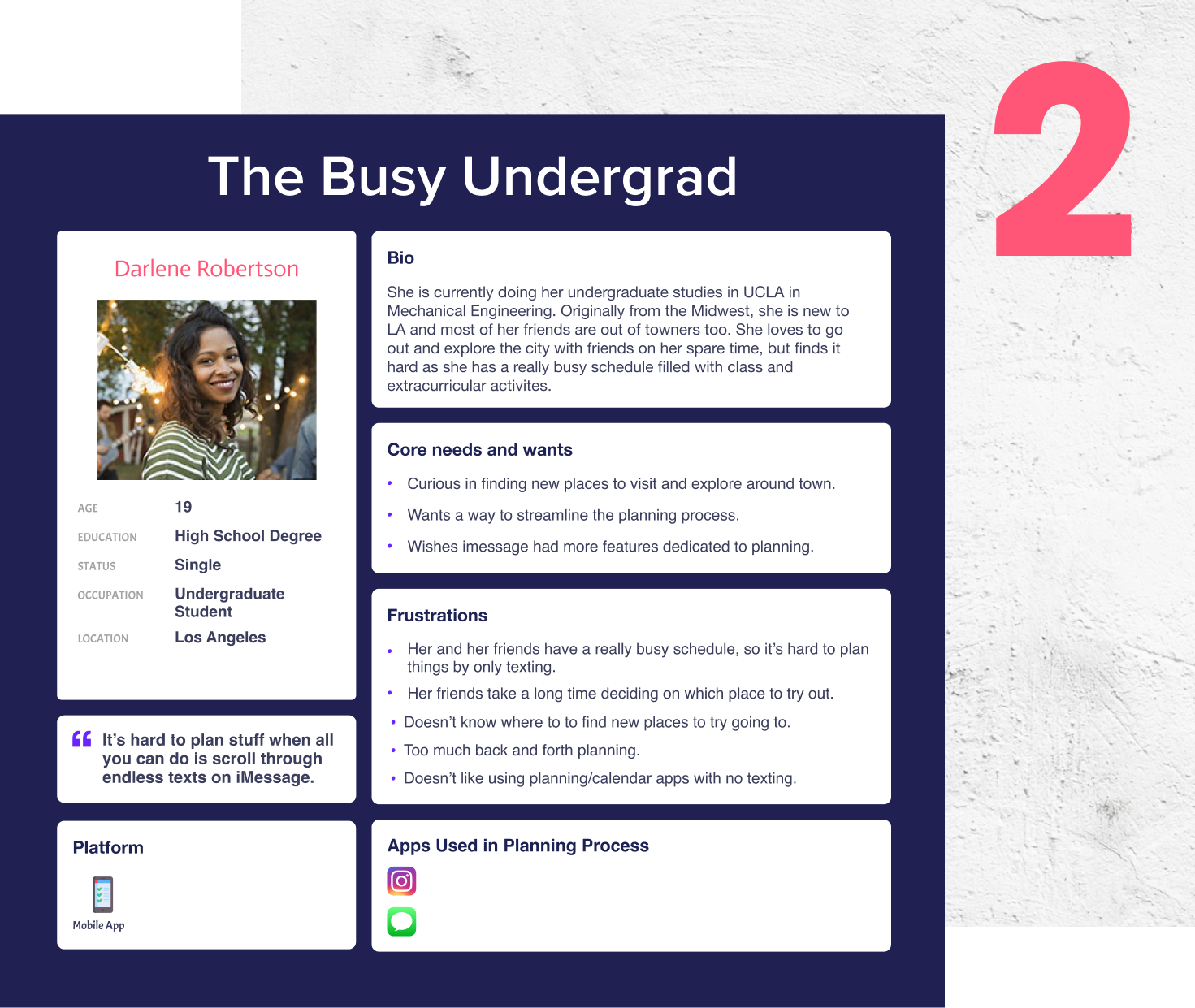 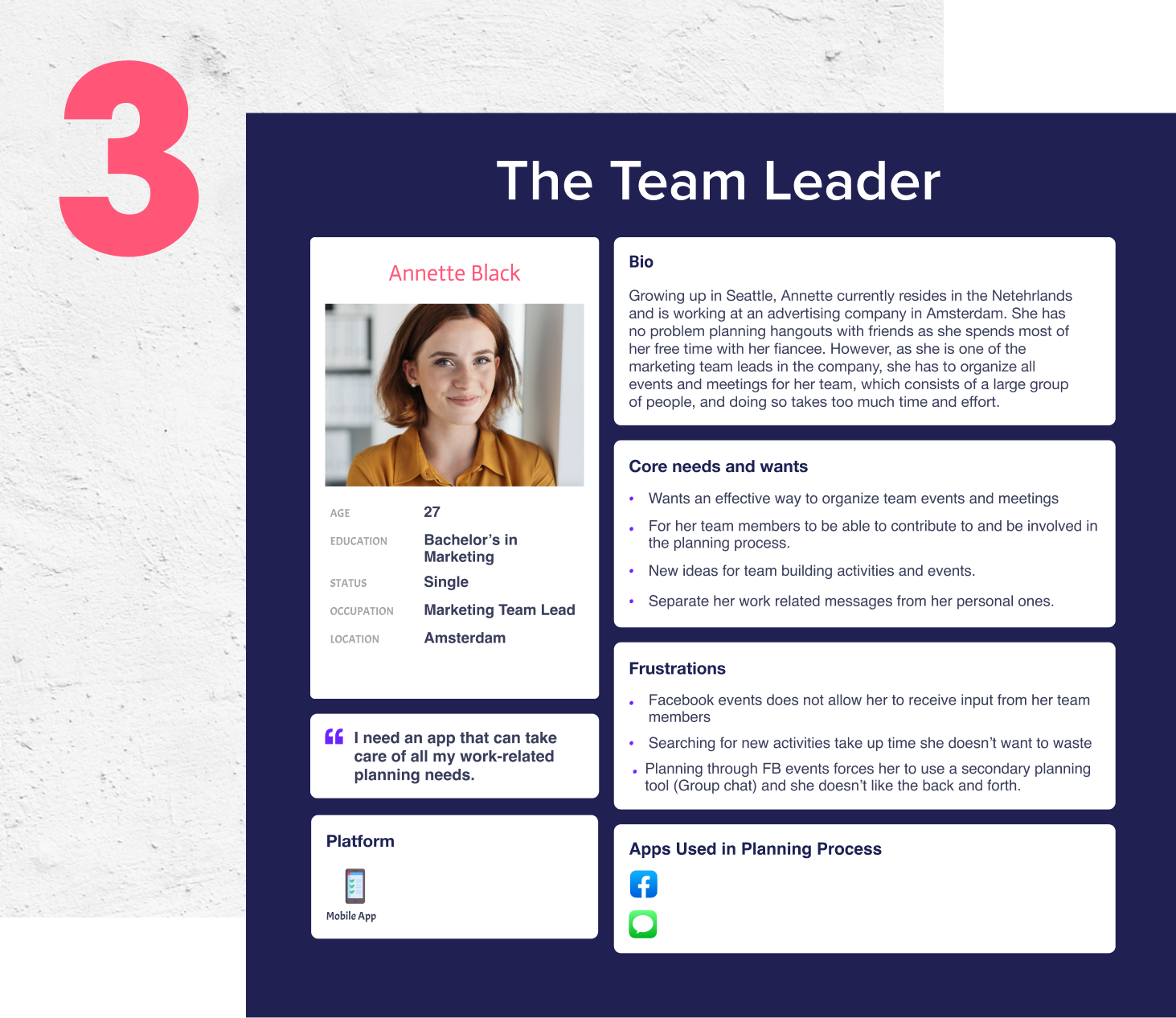 The 2 most important features that I singled out for my MVP were:

It eliminates a lot of the pain points identified from my research as: 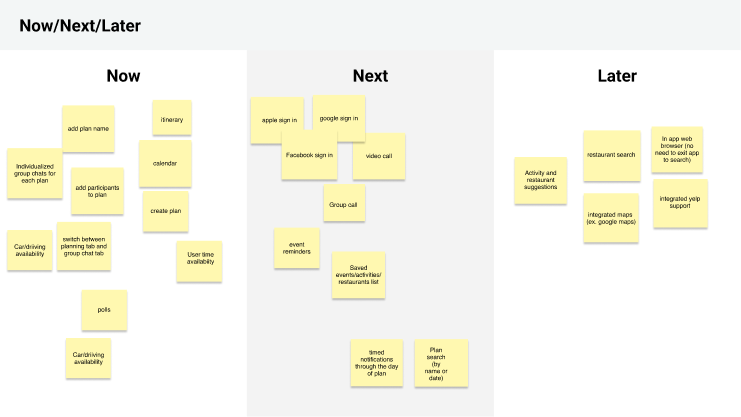 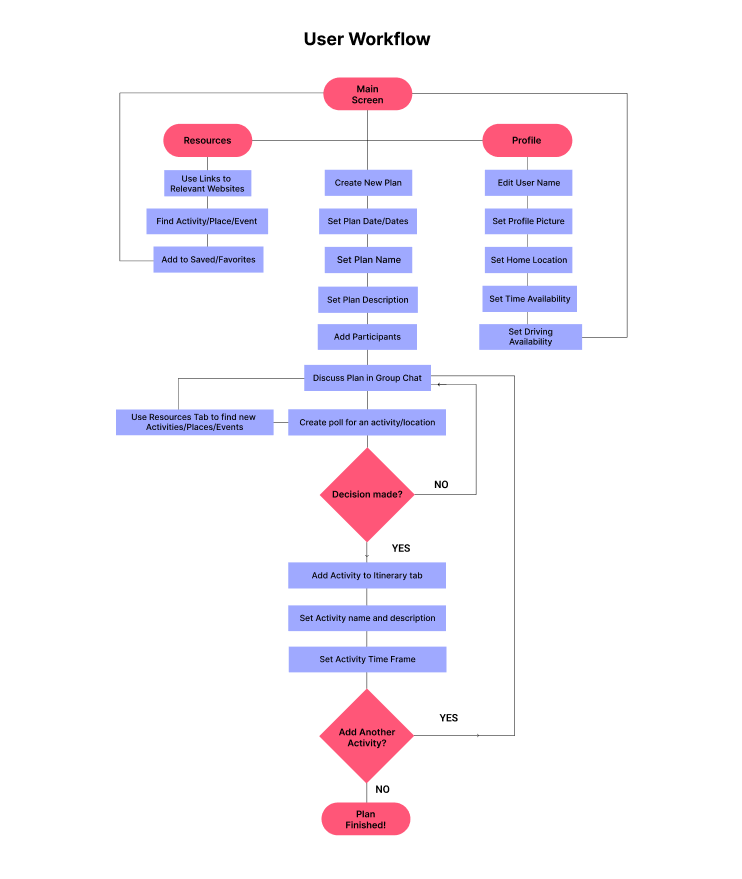 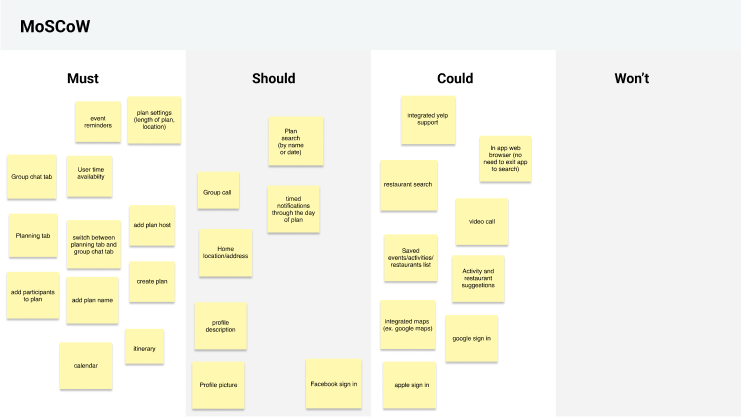 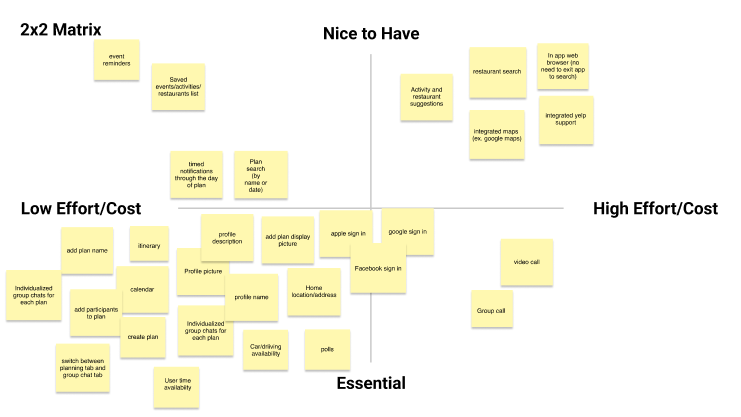 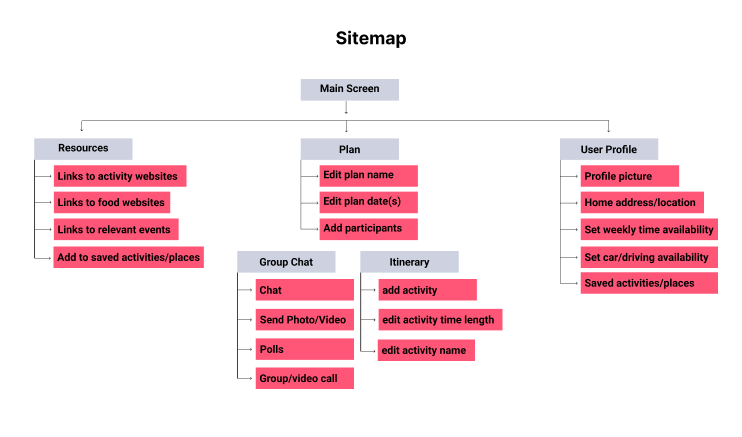 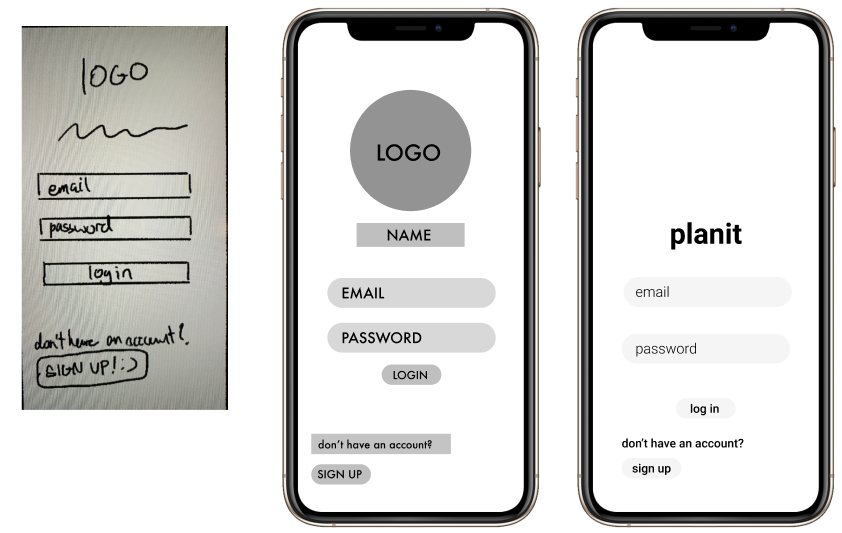 Create a plan:
Add people, set a date, and talk to them in the group chat! 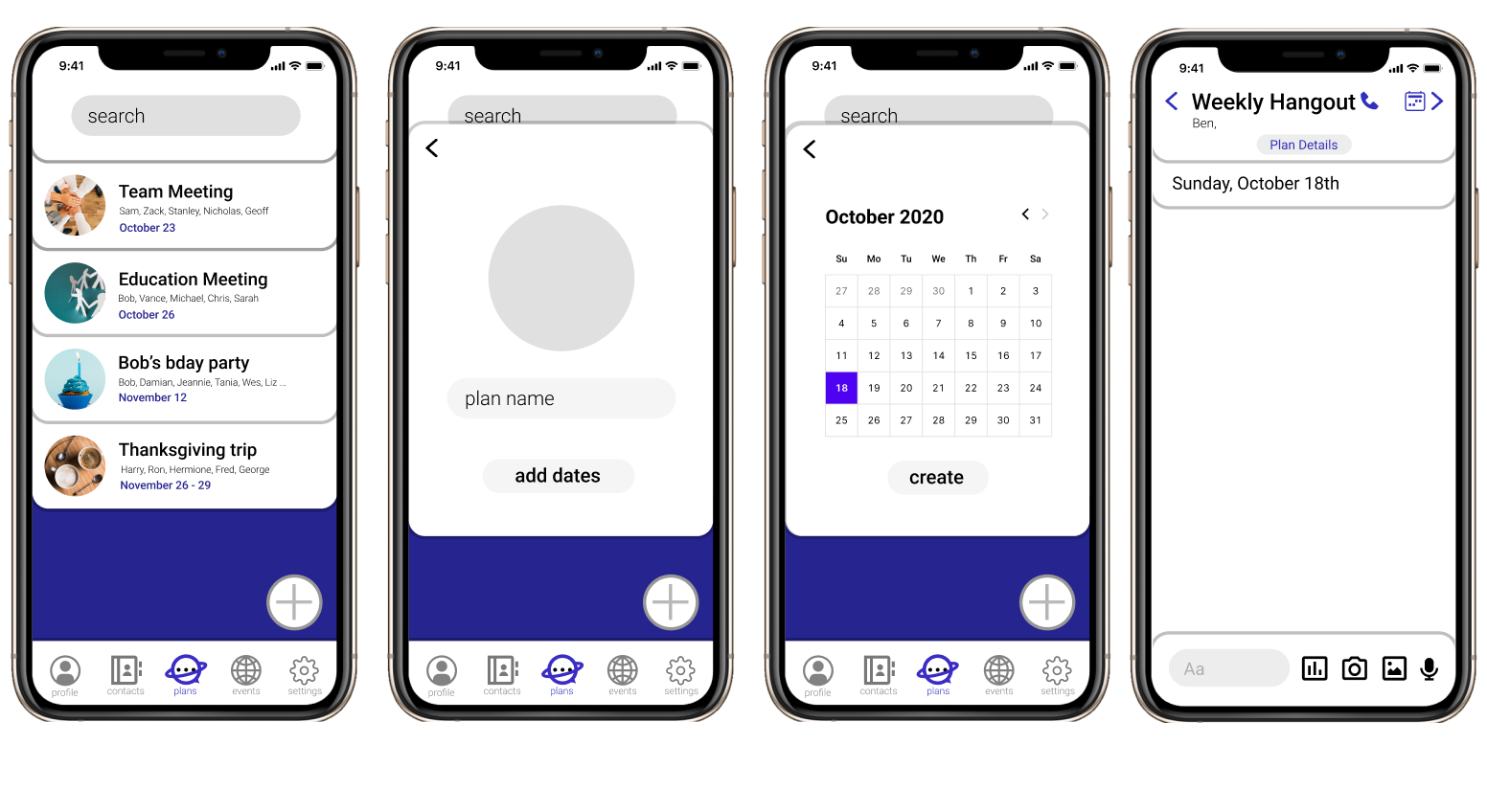 Each plan has a group chat and itinerary page.